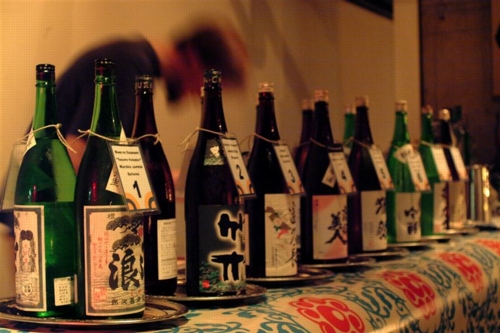 John Gauntner:
John Gauntner is recognized as the leading non-Japanese sake expert in the world.
He wrote the Nihonshu Column in The Japan Times for eight years,currently writes a column for Metropolis magazine, and has published four books on the subject.
His most recent book, "Nihonjin mo Shirenai Nihonshu no Hanashi" or "Things about sake that even Japanese people do not know," has just been published in Japanese by Shogakkan, and is available at bookstores everywhere.
Known as "The Sake Guy," John has been quoted and/or mentioned in sake-related articles in countless publications including The New York Times, Newsweek, Forbes, and Rolling Stone. He has spoken at Harvard, Yale, Columbia Universities, Wharton School of Business, and countless other venues across the US and Japan.
He is the only non-Japanese member of the Ginjoshu Kenkyu Kikou (Ginjo Sake Research Group), and is the only non-Japanese to have participated as an official taster in a prefectural government tasting.
www.sake-world.com/