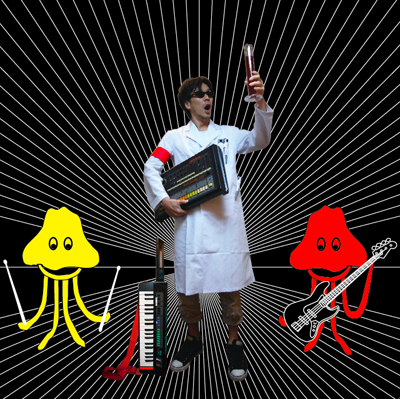 INO hidefumi official site
Born in Miyazaki prefecture in Japan INO’s musical talent emerged at the age of 5 when he started playing piano. But his remarkable journey began in the year 2002, when he launched his own caf’e“Tenement” in Ebisu, Tokyo, his home base for his music project.
In 2004, INO launched the label “innocent record”. It’s named by Yasuharu Konishi (Pizzicato five). With his “one artist, one label”policy, it only releases and manages his own music. In 2005, he released “7inch series” representing his loyalty to the 7-inch analog record format. Total 7 records have been released. The first 4 have already become rare classic catalogues in the Tokyo music market. In 2006, 1st. Album “Satisfaction” was released. Despite no promotions, it ranked top 10 indie chart at the major record store in Tokyo for 32 weeks. INO became a legend.
“Satisfaction” has been frequently played on BBC radio in UK. it received rave reviews by critics in Europe. He collaborated with French designer Jean Touitou of A.P.C. to create the CD “Three Easy Pieces”. Also, his music was featured in UNIQLO’s special compilation album commemorating it’s first NYC store. From composing and performing to programming and mixdown, his music is all hand crafted and true to his heart. A music-maker of rectitude with refined craftsmanship and an inspirational tone, INO’s music grabs his listener’s hearts.