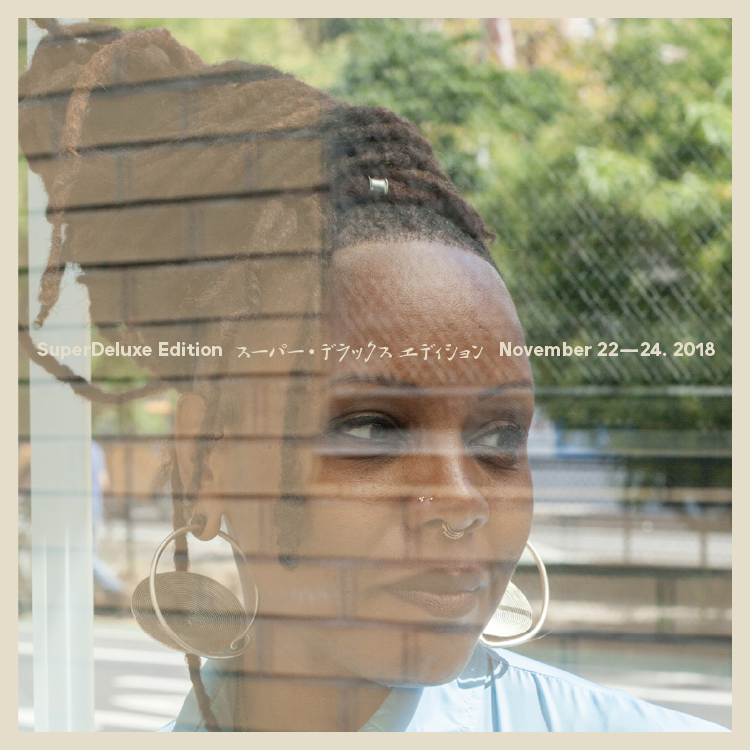 Ishibashi is a singer-songwriter, keyboardist, drummer, and multi-instrumentalist, known for her own elaborately conceptual solo albums and for her frequent collaborations with figures such as Jim O’Rourke, Merzbow, and Phew. In 2018 she released a record of songs ‘The Dream My Bones Dream’ on Felicity and a duo record with Darin Gray ‘Ichida’ on Oren Ambarchi’s Black Truffle label.
eikoishibashi.net

Jim O’Rourke (1969) is a post-classical composer, guitarist, producer, and filmmaker whose work spans rock, jazz, ambient, and electroacoustic music. In 1993, O’Rourke co-founded the experimental rock group Gastr del Sol with David Grubbs. In the same year, he formed the avant-rock group Brise-Glace with Darin Gray and Dylan Posa. Throughout the 1990s, O’Rourke was a member of the band Illusion of Safety and from 1999 to 2005 he performed and recorded as a member of Sonic Youth. His most recent LP of song material ‘Simple Songs’ was released on Drag City in 2015. O’Rourke worked with Kosugi Takehisa on music for the Merce Cunningham Dance Company and also collaborated with other pioneering artists of contemporary music including Tony Conrad, Arnold Dreyblatt and Christian Wolf. His ‘Steamroom’ series of electro-acoustic works made available for download via bandcamp now has more than 40 titles. In recent years O’Rourke has been based in Japan working with Kahimi Karie, Eiko Ishibashi, Maeno Kenta and others. O’Rourke has also collaborated on soundtracks for film-makers such as Werner Herzog, Olivier Assayas, Shoji Aoyama and Seiji Wakamatsu.

Joe Talia is an Australian drummer, composer and record producer/engineer now resident in Tokyo. Noted for his long running duo with Oren Ambarchi and his work with outsider singer- songwriters (most notably Ned Collette), Talia also works in the realm of electro-acoustic composition and performance, working with reel-to-reel tape machines and other analogue devices. These twin facets of his work are beautifully combined on his 2018 solo LP ‘Tint’ which takes in both minimalist austerity and kosmische lushness.
www.joetalia.com

Matana Roberts is an internationally renowned composer, bandleader, saxophonist, sound experimentalist and mixed-media practitioner. She made two records as a core member of the Sticks And Stones quartet in the early 2000s and has gone on to release a diverse body of solo and ensemble work under her own name over the past decade. She is perhaps best known for her acclaimed Coin Coin project, a multi-chapter work of ‘panoramic sound quilting’ that aims to expose the mystical roots and channel the intuitive spirit-raising traditions of American creative expression while maintaining a deep and substantive engagement with narrativity, history, community and political expression within improvisatory musical structures. Constellation began documenting the Coin Coin project in 2011 and has released the first three of a projected twelve album-length chapters to date.

Pat Thomas studied classical piano from aged 8 and started playing Jazz from the age of 16. He has since gone on to develop an utterly unique style – embracing improvisation, jazz and new music. He has played with many of the most important musicians in British improvised music including Derek Bailey, Tony Oxley, Lol Coxhill, Steve Beresford and Evan Parker. Alongside the ISM trio, his regular projects include ‘Black Top’ with vibraphonist/multi-instrumentalist Orphy Robinson — a shape-shifting unit dedicated to exploring the intersection between live instruments and lo-fi technology — and AHMED, a quartet dedicated to making music about the music of Ahmed Abdul-Malik. This group excavate, re-inhabit and use a-new the now overlooked documents, and fragmentary plans, of Abdul-Malik’s mid-20th century synthetic vision to produce a new jazz imagination for the 21st century.
“Sartorially shabby as Thomas may be, and on first impression even rather stolid, he has a somewhat imperious charisma that’s immediately amplified when he starts to play. Unlike other pianists whose virtuosity seems to be racing ahead of their thought processes Thomas always seems supremely in command of his gift, and his playing, no matter how free and ready to tangle with abstraction, always carries a charge of authoritative exactitude.” – The Jazzmann

For a number of years now, energetic double bassist, filmmaker and producer Grip has played an important role for the new scenes of improvised music in Europe. As founder of Umlaut Records, he opened up for creative forms of organizing collectives of musicians and promoting their music internationally. Since 2003 he has been one of the main organizers of Hagenfesten in Dala-Floda, Sweden, a stand-alone festival offering a unique and endearing combination of sophisticated musical risk-taking, and up-beat, social get-together. Grip’s musicianship is informed by a similar knack for welding musical sophistication with social communication. He is active in the groups Neuköllner Modelle, Mirror Mind Rose, Ahmed, Herr Borel Grip, Je Suis! and
наказание to name a few.
joelgrip.com

Since the release of Peeping Tom’s debut ‘File under: Bebop’ in 2009, Antonin Gerbal has been developing his own approach of the drums – reinterpreting history of jazz drumming through the prism of European musical improvisation. An improviser, composer, teacher and performer, Antonin Gerbal is associated with the vitality of the Parisian music scene, notably through Umlaut Records. He has performed in Europe, U.S., Russia and Japan, with many original projects such as Nakasanye, Zoor, ISM and Peeping Tom and is also involved in large ensembles such as ONCEIM (playing pieces by Eliane Radigue, Stephen O’Malley and others) and the Umlaut Big Band which brings to life jazz arrangements of the 1920’s and 1930’s.
antoningerbal.com

The Edition Festival for Other Music takes place in Stockholm each February and is organised by John Chantler. The 2019 Fourth Edition will include performances by Annea Lockwood, Oren Ambarchi & crys cole, Sarah Hennies, Kassel Jaeger and more. In November 2018 the festival (in collaboration with Chantler’s label 1703 Skivbolaget) will release ‘The Air Around Her’ a recording of the concert performed by Ellen Fullman and Okkyung Lee as part of the First Edition in 2016. This will be available on CD, LP and Digital Download with artwork by Bill Nace.
www.edition-festival.com