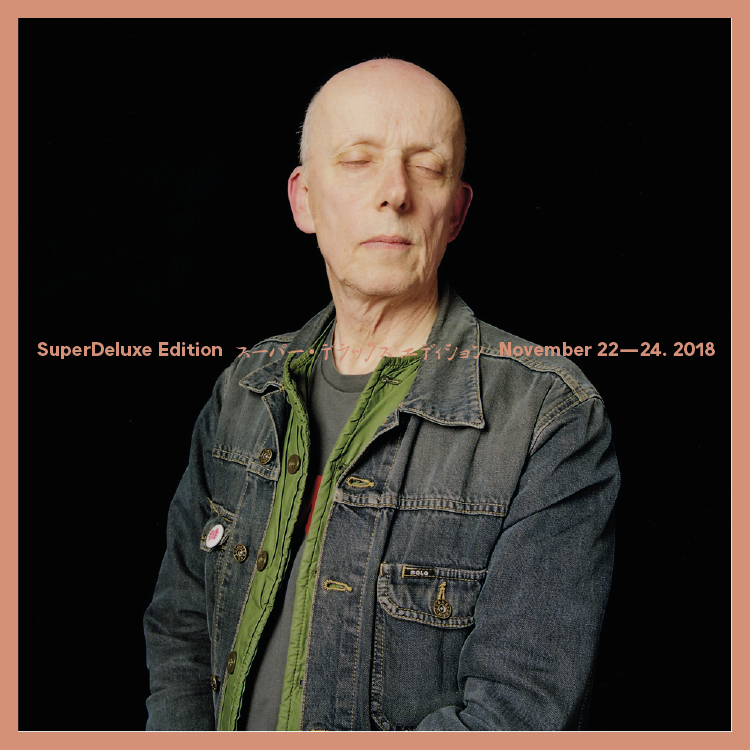 ANTIBODIES is a collective of specialists developing new interdisciplinary models for dynamic collaboration across the spectrum of disciplines and boundaries, examining how varied disciplines might relate, intersect and interact through series of experiments and researches that are designed to culminate into performance events, community workshops and other practices that contribute to larger social and educational structures. ANTIBODIES was established in 2015 by Kyoto-based performance artists Yoko Higashino and Toshio Kajiwara as a reincarnation of ‘Dance Company Baby-Q’, a genre-bending dance theatre group established in 2000 and have presented performance events and workshops worldwide.
antibo.org

Born in Tokyo in 1966. Okura began his performing career when he joined Dub Sonic Warrior in 1994. From the beginning he explored free improvisation with a variety of players. In ’97 he formed (and became the leader of) the band ‘gnu’. In 2005 Okura joined Otomo Yoshihide’s New Jazz Orchestra (ONJO). Since 2006, along with Taku Sugimoto and Taku Unami, he has organized the Chamber Music Concert series as a forum for introducing compositional works. From 2010 he joined totas causas de malignitat. He has performed with Toru Akiyama, Yutakawasaki, Kazuaki Nagata, Masaaki Kikuchi, Axel Dorner, Franz Hautzinger, Jean-Luc Guionnet and others.

Taku Unami was born in Tokyo, Japan, in 1976. He is a composer and improviser working with assorted stringed instruments, including the guitar, mandolin, and contraguitar, laptop and vibrating objects (from which he amplifies the inaudible vibrations). Despite being linked to minimal improvisation his music is hardly classifiable, being able to surprise listeners on every new release, raising unforeseen questions and forging new paths for improvisation. He is part of the group HOSE and has active collaborations with Mattin, Taku Sugimoto and Masahiko Okura. In the past he has worked with Radu Malfatti, Jean-Luc Guionnet, Klaus Filip, Masafumi Ezaki, Burkhard Stangl, Rhodri Davies and Keith Rowe, among others. Unami has also composed for film, including ‘Lost My Way’ (directed by Takeshi Furusawa) and ‘In 1,000,000 years’ (directed by Isao Okishima). He has released more than 30 records, both solo and in numerous groups and collaborations. He runs the influential label Hibari Music and co-organizes the Tokyo concert series Chamber Music Concerts with Taku Sugimoto and Masahiko Okura.” -Jon Abbey
unami.hibarimusic.com

Leif Elggren is a Swedish artist who lives and works in Stockholm. Active since the late 1970s, Leif Elggren has become one of the most constantly surprising conceptual artists to work in the combined worlds of audio and visual. A writer, visual artist, stage performer and composer, he has many albums to his credits, solo and with the Sons of God, on labels such as Ash International, Touch, Radium and his own Firework Edition. His music, often conceived as the soundtrack to a visual installation or experimental stage performance, usually presents carefully selected sound sources over a long stretch of time and can range from mesmerizingly quiet electronics to harsh noise. His wide-ranging and prolific body of art often involves dreams and subtle absurdities, social hierarchies turned upside-down, hidden actions and events taking on the quality of icons.
leifelggren.org

crys cole is a Canadian sound artist working in composition, performance and sound installation. cole’s approach to sound emphasizes subtlety and discretion, guided by a fascination with microsonics that test the limits of audibility and intentionality. By drawing attention to the texture and delicacy of minimal sonic environments, cole aims to create a heightened awareness not only of the sounds she creates, but of the environmental sounds that arise during listening – and ideally, of the listener’s own self-consciousness as a perceptual body and agent. She has performed in Canada, Japan, Australia, Thailand, Singapore, the USA and throughout Europe. cole has ongoing collaborations with James Rushford (AU) (under the name Ora Clementi) and with Oren Ambarchi (AU). She has also worked with Keith Rowe, Lance Austin Olsen, Jamie Drouin, Mathieu Ruhlmann, Tetuzi Akiyama, Seiji Morimoto, Jessika Kenney, echo ho, Tim Olive and many more.
cryscole.com

Oren Ambarchi is a composer and multi-instrumentalist with longstanding interests in transcending conventional instrumental approaches. His work focuses mainly on the exploration of the guitar, “re-routing the instrument into a zone of alien abstraction where it’s no longer easily identifiable as itself. Instead, it’s a laboratory for extended sonic investigation”. (The Wire, UK). Oren Ambarchi’s works are hesitant and tense extended songforms located in the cracks between several schools: modern electronics and processing; laminal improvisation and minimalism; hushed, pensive songwriting; the deceptive simplicity and temporal suspensions of composers such as Morton Feldman and Alvin Lucier; and the physicality of rock music, slowed down and stripped back to its bare bones, abstracted and replaced with pure signal.
orenambarchi.com

The Edition Festival for Other Music takes place in Stockholm each February and is organised by John Chantler. The 2019 Fourth Edition will include performances by Annea Lockwood, Oren Ambarchi & crys cole, Sarah Hennies, Kassel Jaeger and more. In November 2018 the festival (in collaboration with Chantler’s label 1703 Skivbolaget) will release ‘The Air Around Her’ a recording of the concert performed by Ellen Fullman and Okkyung Lee as part of the First Edition in 2016. This will be available on CD, LP and Digital Download with artwork by Bill Nace.
www.edition-festival.com